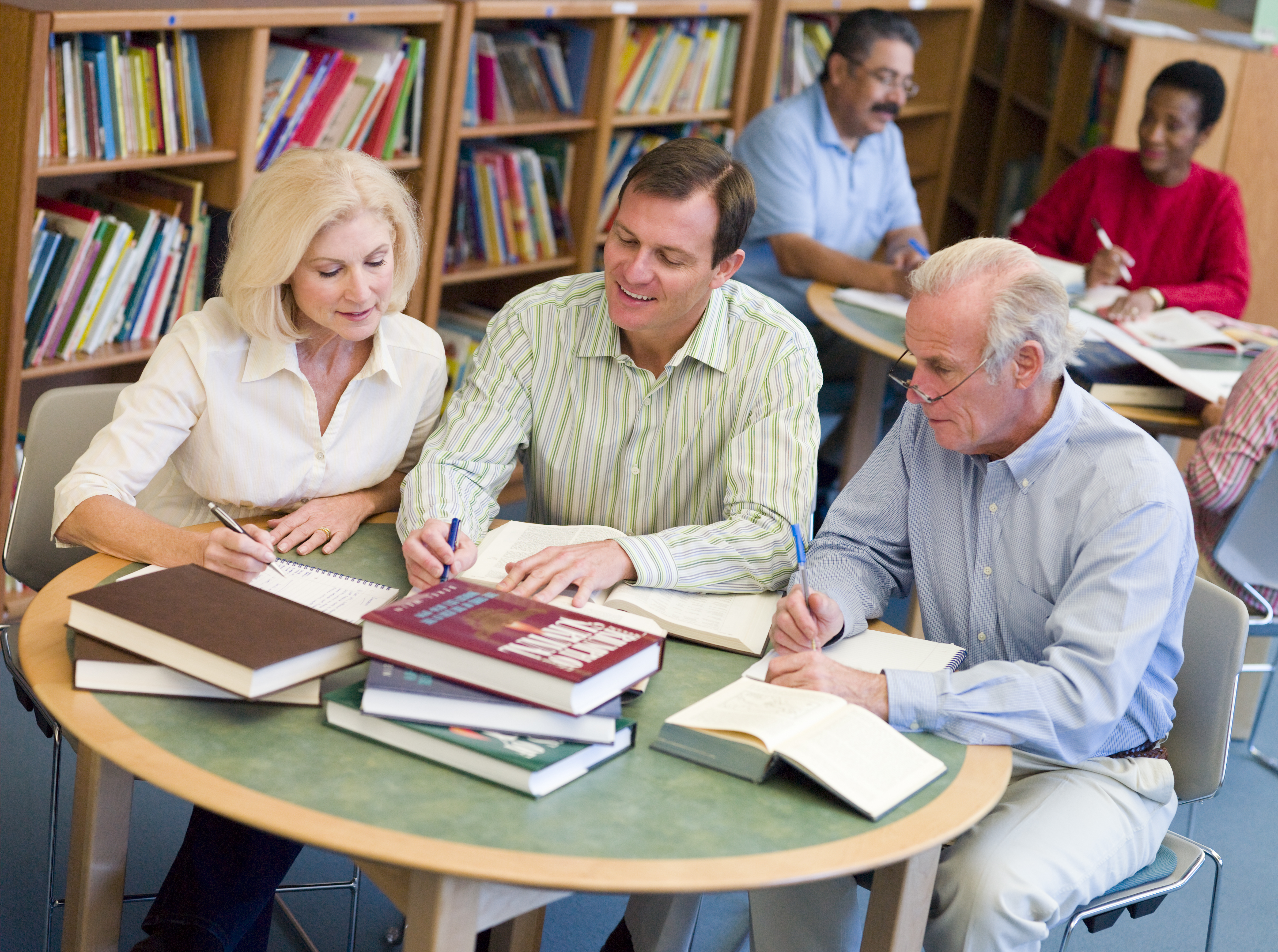 Financial planning is often one of the most difficult steps when dealing with an aging loved one. Adding the risk of financial scams that are targeted towards seniors it can become a slippery slope towards disaster. Here are the top 10 scams that are often targeted towards seniors. This article is from “The National Counsel on Aging“, we are not affiliated with the NCOA, we just like them!

Financial scams targeting seniors have become so prevalent that they’re now considered “the crime of the 21st century.” Why? Because seniors are thought to have a significant amount of money sitting in their accounts.

Financial scams also often go unreported or can be difficult to prosecute, so they’re considered a “low-risk” crime. However, they’re devastating to many older adults and can leave them in a very vulnerable position with little time to recoup their losses.

It’s not just wealthy seniors who are targeted. Low-income older adults are also at risk of financial abuse. And it’s not always strangers who perpetrate these crimes. Over 90% of all reported elder abuse is committed by an older person’s own family members, most often their adult children, followed by grandchildren, nieces and nephews, and others.

Review our list below, so you can identify a potential scam.

Every U.S. citizen or permanent resident over age 65 qualifies for Medicare, so there is rarely any need for a scam artist to research what private health insurance company older people have in order to scam them out of some money.

In these types of scams, perpetrators may pose as a Medicare representative to get older people to give them their personal information, or they will provide bogus services for elderly people at makeshift mobile clinics, then use the personal information they provide to bill Medicare and pocket the money.

Most commonly, counterfeit drug scams operate on the Internet, where seniors increasingly go to find better prices on specialized medications. This scam is growing in popularity—since 2000, the FDA has investigated an average of 20 such cases per year, up from five a year in the 1990s.

The danger is that besides paying money for something that will not help a person’s medical condition, victims may purchase unsafe substances that can inflict even more harm. This scam can be as hard on the body as it is on the wallet.

The FBI warns about two types of funeral and cemetery fraud perpetrated on seniors.

In one approach, scammers read obituaries and call or attend the funeral service of a complete stranger to take advantage of the grieving widow or widower. Claiming the deceased had an outstanding debt with them, scammers will try to extort money from relatives to settle the fake debts.

Another tactic of disreputable funeral homes is to capitalize on family members’ unfamiliarity with the considerable cost of funeral services to add unnecessary charges to the bill. In one common scam of this type, funeral directors will insist that a casket, usually one of the most expensive parts of funeral services, is necessary even when performing a direct cremation, which can be accomplished with a cardboard casket rather than an expensive display or burial casket.

In a society bombarded with images of the young and beautiful, it’s not surprising that some older people feel the need to conceal their age in order to participate more fully in social circles and the workplace. After all, 60 is the new 40, right?

It is in this spirit that many older Americans seek out new treatments and medications to maintain a youthful appearance, putting them at risk of scammers. Whether it’s fake Botox like the one in Arizona that netted its distributors (who were convicted and jailed in 2006) $1.5 million in barely a year, or completely bogus homeopathic remedies that do absolutely nothing, there is money in the anti-aging business.

Botox scams are particularly unsettling, as renegade labs creating versions of the real thing may still be working with the root ingredient, botulism neurotoxin, which is one of the most toxic substances known to science. A bad batch can have health consequences far beyond wrinkles or drooping neck muscles.

Perhaps the most common scheme is when scammers use fake telemarketing calls to prey on older people, who as a group make twice as many purchases over the phone than the national average. While the image of the lonely senior citizen with nobody to talk to may have something to do with this, it is far more likely that older people are more familiar with shopping over the phone, and therefore might not be fully aware of the risk.

With no face-to-face interaction, and no paper trail, these scams are incredibly hard to trace. Also, once a successful deal has been made, the buyer’s name is then shared with similar schemers looking for easy targets, sometimes defrauding the same person repeatedly.

Examples of telemarketing fraud include:

The con artist tells the individual that he/she has found a large sum of money and is willing to split it if the person will make a “good faith” payment by withdrawing funds from his/her bank account. Often, a second con artist is involved, posing as a lawyer, banker, or some other trustworthy stranger.

The con artist gets the victim to wire or send money on the pretext that the person’s child or another relative is in the hospital and needs the money.

Money is solicited for fake charities. This often occurs after natural disasters.

While using the Internet is a great skill at any age, the slower speed of adoption among some older people makes them easier targets for automated Internet scams that are ubiquitous on the web and email programs. Pop-up browser windows simulating virus-scanning software will fool victims into either downloading a fake anti-virus program (at a substantial cost) or an actual virus that will open up whatever information is on the user’s computer to scammers.

Their unfamiliarity with the less visible aspects of browsing the web (firewalls and built-in virus protection, for example) make seniors especially susceptible to such traps. One example includes:

Because many seniors find themselves planning for retirement and managing their savings once they finish working, a number of investment schemes have been targeted at seniors looking to safeguard their cash for their later years. From pyramid schemes like Bernie Madoff’s (which counted a number of senior citizens among its victims) to fables of a Nigerian prince looking for a partner to claim inheritance money to complex financial products that many economists don’t even understand, investment schemes have long been a successful way to take advantage of older people.

Scammers like to take advantage of the fact that many people above a certain age own their homes, a valuable asset that increases the potential dollar value of a certain scam.

A particularly elaborate property tax scam in San Diego saw fraudsters sending personalized letters to different properties apparently on behalf of the County Assessor’s Office. The letter, made to look official but displaying only public information, would identify the property’s assessed value and offer the homeowner, for a fee of course, to arrange for a reassessment of the property’s value and therefore the tax burden associated with it.

Closely related, there is the potential for a reverse mortgage borrower to be scammed. Scammers can take advantage of older adults who have recently unlocked equity in their homes.  Those considering reverse mortgages should be cognizant of people in their lives pressuring them to obtain a reverse mortgage, or those that stand to benefit from the borrower accessing equity, such as home repair companies who approach the older adult directly.

This simple scam is one that many are familiar with, and it capitalizes on the notion that “there’s no such thing as a free lunch.” Here, scammers inform their mark that they have won a lottery or sweepstakes of some kind and need to make some sort of payment to unlock the supposed prize. Often, seniors will be sent a check that they can deposit in their bank account, knowing that while it shows up in their account immediately, it will take a few days before the (fake) check is rejected. During that time, the criminals will quickly collect money for supposed fees or taxes on the prize, which they pocket while the victim has the “prize money” removed from his or her account as soon as the check bounces.

The grandparent scam is so simple and so devious because it uses one of older adults’ most reliable assets, their hearts.

Scammers will place a call to an older person and when the mark picks up, they will say something along the lines of: “Hi Grandma, do you know who this is?” When the unsuspecting grandparent guesses the name of the grandchild the scammer most sounds like, the scammer has established a fake identity without having done a lick of background research.

Once “in,” the fake grandchild will usually ask for money to solve some unexpected financial problem (overdue rent, payment for car repairs, etc.), to be paid via Western Union or MoneyGram, which don’t always require identification to collect. At the same time, the scam artist will beg the grandparent “please don’t tell my parents, they would kill me.”

While the sums from such a scam are likely to be in the hundreds, the very fact that no research is needed makes this a scam that can be perpetrated over and over at very little cost to the scammer.

If you suspect you’ve been the victim of a scam…

Don’t be afraid or embarrassed to talk about it with someone you trust. You are not alone, and there are people who can help. Doing nothing could only make it worse. Keep handy the phone numbers and resources you can turn to, including the local police, your bank (if money has been taken from your accounts), and Adult Protective Services. To obtain the contact information for Adult Protective Services in your area, call the Eldercare Locator, a government sponsored national resource line, at: 1-800-677-1116, or visit their website at: https://eldercare.acl.gov.

Also be sure to check out our 8 tips to protect yourself from scams.